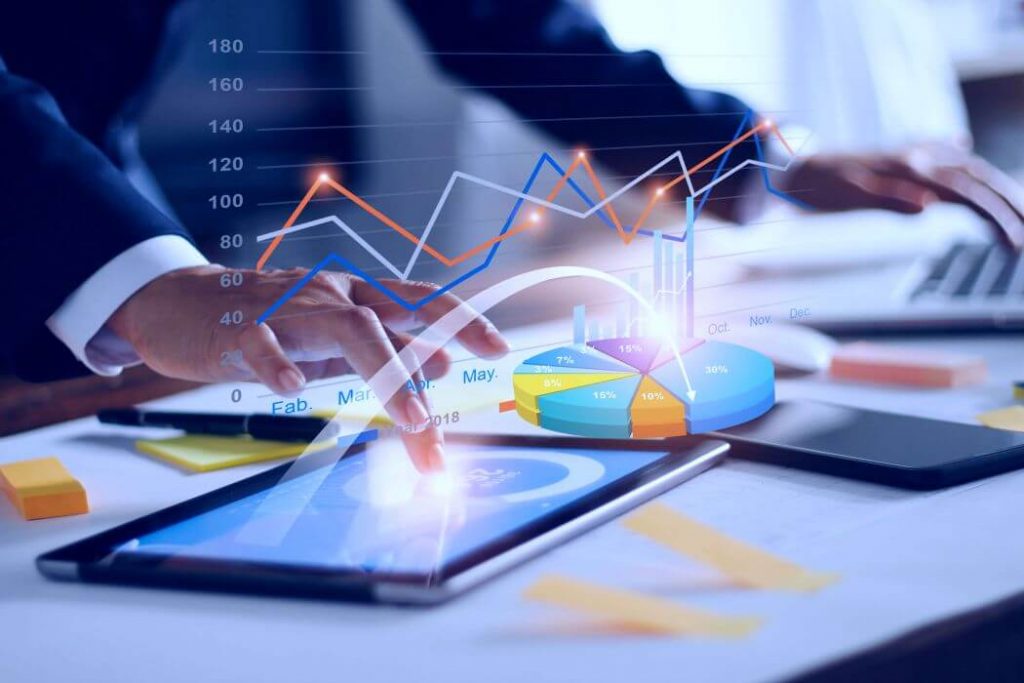 There are different theories on how to keep an economy stable and growing. Understanding the business cycle is a big part of the solution.

The Evolution of Busines Cycles

Back in the days, production cycles in agricultural societies were very unpredictable. Whether a harvest was going to be successful or not depended on weather conditions. Moreover, plant and animal diseases had a considerable negative impact on the harvest.

Nowadays, things have changed – societies have become industrial in nature and economic activity tends to be more diversified. Still, we experience short-term and long-term economic movements for various reasons. Population growth, for example, is a crucial factor shaping up an economy’s growth potential.

The graph below shows how a typical economy fluctuates with time:

On the vertical axis, we have the real output of goods and services (Real GDP), and the horizontal axis represents the evolution of time. The red line shows average GDP, or the trend line of economic growth, over a selected period of time. So, the business cycle is characterized by fluctuations in economic activity or the real gross domestic product (GDP) of a country.

Of course, business cycle phases vary in terms of amplitude and duration. On the graph, it might look like they are similar in size and happen at relatively regular intervals. However, different stages can last from a quarter up to a decade and even longer. For example, the downturn related to the dot-com bubble in the year 2000 lasted 3 years, while the 2008 financial crisis stretched for almost 6 years. Thus, predicting the phase in which an economy would be a few years from now could be a real challenge.

In exploring the business cycle phases, we will discuss changes in total GDP growth, level of unemployment, consumer and business spending, and inflation. Here’s a plot line of a typical business cycle path:

In short, the big picture looks like this: the overall economic activity, employment levels, consumer and business spending are the highest during the peak, while unemployment and inflation usually reflect the cyclical changes with some time lag. Thus, inflation is low during the recovery stage, increases during the peak, and starts going down after the contraction has already started.

The Business Cycle at a Glance

Below, you can find a summary table representing the four Business Cycle phases and their features:

Typically, stock prices drop during contraction periods. That’s why investors should monitor the movements of an economy and its indicators closely. In reality, three factors trigger each business stage – the power of supply and demand, the availability of capital, and consumer confidence.

For analysts, however, it is equally important to analyze a few companies and not the whole economy. This effectively gives them an idea about the direction of an industry and the movement of a business cycle, on a different level. To conduct such an analysis, comparable companies can be placed together in a peer group.  This, however, requires certain criteria to be met.

Take a look at the principles of constructing a peer group now!