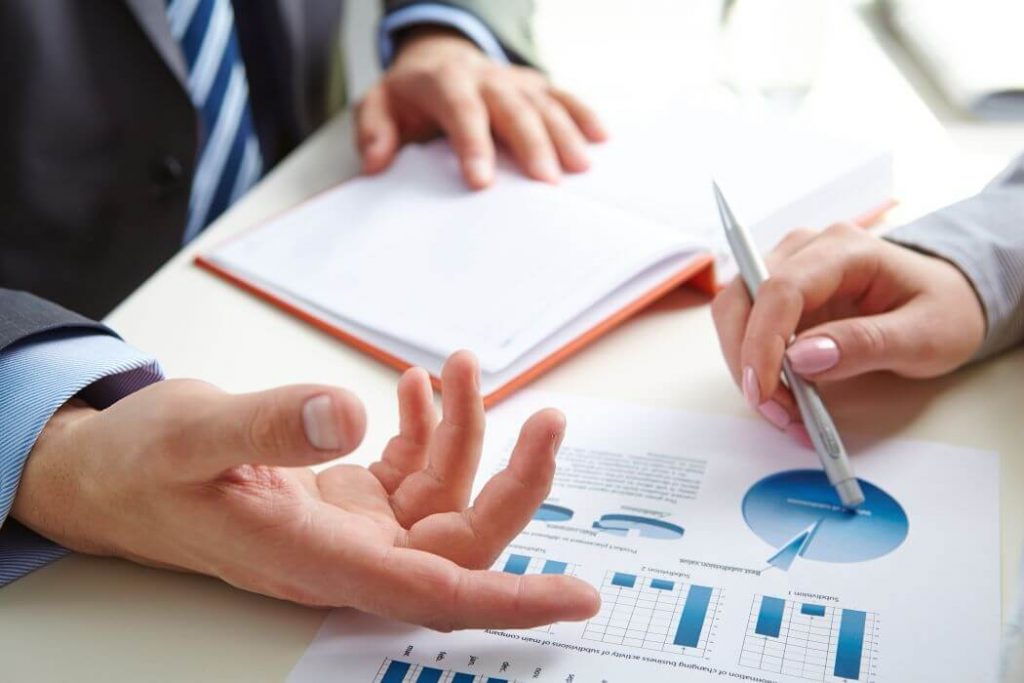 Suppliers have direct input into a firm’s products or services. For some, this may be labor, marketing, distribution, raw materials, and others. In this context, a company looking to purchase plays the role of a buyer and the supplier – that of a seller. As such, businesses must maintain a healthy buyer-seller relationship.

When we say that suppliers are powerful, we refer to their ability to manipulate prices, delivery times, availability, and even the quality of supplied products. Therefore, the profitability of a business that relies on other companies to satisfy operational needs is greatly affected by any supplier maneuvering. This is what we call the bargaining power of suppliers. It is one of Porter’s 5 Forces, along with the threat of new entrants, industry rivalry, bargaining power of buyers, and the threat of substitutes.

Industries require various types of suppliers to cater to their operational needs in the value chain. Generally, we can divide them into four groups:

Manufacturers are suppliers that produce parts, components, machinery, and raw materials, required by another company to assemble their end product. A manufacturer whose products are standard and easy to find elsewhere will exert low bargaining power. Alternatively, those with industry-specific knowledge and little competition do have a strong power over buyers.

Distributors & Wholesalers play the role of a middleman. They buy products from a manufacturer in bulk and resell them at a higher price to retailers. Distributors make such products accessible to the end-user in small quantities.  That’s something big manufacturers can rarely provide.

Importer suppliers are often referred to as domestic distributors and wholesalers. They simply buy internationally produced and distributed products and sell them at the local market.

Independent suppliers are special in that they make a limited number of exquisite products and offer them through representatives. They have the know-how to deliver highly specialized items and will likely have a strong power over buyers.

Similar to buyers, the range of supplier power may vary among industries, and over time. Broadly speaking, a supplier power analysis includes the following industry-specific determinants:

Concentration of suppliers represents the buyer-supplier ratio. If there are many suppliers and a few buyers, we observe low bargaining power. By contrast, many firms depending on one or two suppliers inevitably boost the bargaining power of those distributors.

Sales Percentage determines how big of a customer a firm is to the supplier. If a small percentage of revenue is involved, suppliers will be less willing to negotiate on terms. At the same time, the buyer will have no choice but to agree with it, as they need this delivery. As a result, suppliers’ purchasing power grows.

Substitutes refer to other suppliers a company may buy the desired goods from. Having many alternatives to choose from makes the dependency on one particular supplier low, which weakens supplier power as well. If, however, a firm has limited options, its current suppliers may exert strong bargaining power.

Materials scarcity has to do with the type and quality of products delivered. If there is only one supplier with the right quality of input needed for a firm’s production line, any shortages or schedule changes will have a significant impact on the end product. Thus, supplier power goes up. The shelf life of a stock makes a difference, too. Any need for short-lived items builds up supplier power, too, as companies can hardly store big quantities of such products in their warehouses in anticipation of supply disruptions.

Switching costs shows how expensive it is to change suppliers. High switching costs make most companies stick to their current suppliers, and vice versa – low cost of change provides a high level of flexibility to firms.

Forward integration is an important determinant to consider. It describes the threat of a supplier seizing to deliver products to firms and starting to manufacture the end products of its former buyers. In other words, direct competition occurs if a supplier turns retailer.

Strong bargaining power gives supplies the chance to negotiate favorable production, delivery, and payment terms to their advantage. Supplier power is high when:

Similarly, the bargaining power of suppliers is low when:

In the air transport sector, there two main aircraft manufacturers – Airbus and Boeing. When airlines purchase planes, their options are very concentrated. Besides, it is close to impossible to find substitutes for these two suppliers. Switching from Airbus to Boeing does come at a cost, too. So, airlines typically prefer negotiating with either of the two. Because of the high product differentiation, both Airbus and Boeing generally have high bargaining powers. And so does aviation as a whole.

A big player in the industry is Southwest Airlines. It is one of the world’s biggest low-cost carriers, with 728 planes in service and nearly 300 more to come. Owing to their efficient parameters in terms of fuel and maintenance, the airline’s fleet consists of Boeing 737 aircraft exclusively. Despite being its major supplier, Boeing exerts a moderate to high bargaining power over Southwest. That’s because the airline is equally important to the supplier – Southwest is the biggest client of Boeing, hitting a substantial sales percentage.

To gain a better understanding of a firm’s competitive position, one should conduct a thorough Porter’s 5 Forces analysis.

We recommend you take a practical look at Walmart’s competitive analysis our team has carried out.