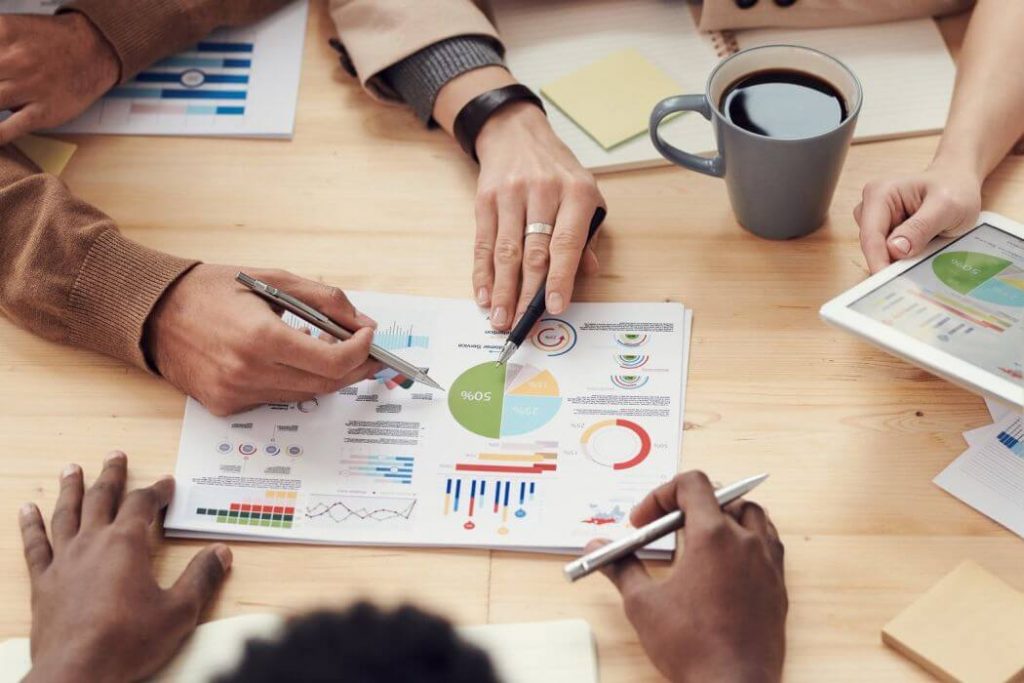 In general, when giving credit, a creditor, also known as a lender, provides goods or services to a debtor (who can be referred to as borrower), based on the trust that the borrower will repay the lender at some point in the future. In exchange for providing the goods or services to the borrower in the present, the lender receives a payment: interest. The most common type of loan provided by lenders to borrowers is money.

So, when a bank gives you a credit card, you can spend as much money as you want, up to a certain limit, called credit limit. This money is not yours and you are required to repay the respective sum to the bank. Typically, you have to repay with interest, and this is how the bank makes a profit.

When you sign a home-ownership loan you borrow money from a bank against your equity in a residence that you want to acquire. The residence itself “covers” the debt: in case you fail to repay, the bank has the right to take ownership of the residence, sell it, and satisfy the remaining debt.

The likelihood that a borrower would not repay their loan to the lender is called credit risk. In this case, the lender would not receive the owed principal. Moreover, they wouldn’t be paid the interest due too, and will, therefore, suffer a substantial loss. In addition, it is likely that the lender will have to sustain substantial costs in an effort to recover outstanding debt. These costs are called collection costs.

The event of a borrower not being able to make the required payments to repay their debt is called default. To protect themselves against borrower defaults, lenders must assess credit risk associated with each borrower very well. One way for lenders to diminish losses due to borrower defaults is to require collaterals that would cover the outstanding debt. Another way is for the lender to increase the price of lending the funds, that is, the interest rate, for borrowers with higher credit risk. This is commonly known as risk-based pricing.

No matter which type of strategy the borrower would decide to pursue to diminish losses due to borrower defaults, what’s most important is to be able to estimate credit risk of each borrower as precisely as possible.

Let’s spend a few moments in order to provide a noteworthy example from the recent past.

It’s important to know that lenders’ inability or failure to estimate borrowers’ probability of default can have grave consequences for lenders and society in general.

Lending to borrowers with a high probability of default is one of the main reasons for serious financial crises, such as the global financial crisis in 2008. It was the most serious financial crisis since the times of the Great Depression in the 1930s. The main factor that led to the 2008 financial crisis was high default rates of subprime home mortgages in the United States. First, low-interest rates encouraged financial institutions (lenders) to increase mortgage lending. Banks were willing to finance 100% or more of the value of a new home. High mortgage approval rates increased the demand for homes, which, in turn, led to an increase in housing prices. Because the value of homes had increased, many homeowners borrowed money and used their homes as a guarantee to the bank. However, a lot of them were with relatively high credit risk (subprime), and, at some point, could not continue repaying their debt and defaulted. Consequently, financial instruments based on mortgages, such as mortgage-backed securities, lost value. Thus, big banks, holding these instruments, absorbed huge losses. Some of them, like Lehman Brothers and Bear Stearns, went bankrupt, while many others were bailed out by the government. Therefore, that’s one example why credit risk is one of the most important variables in the financial system of today.