How to Calculate GDP Using the Expenditure Approach 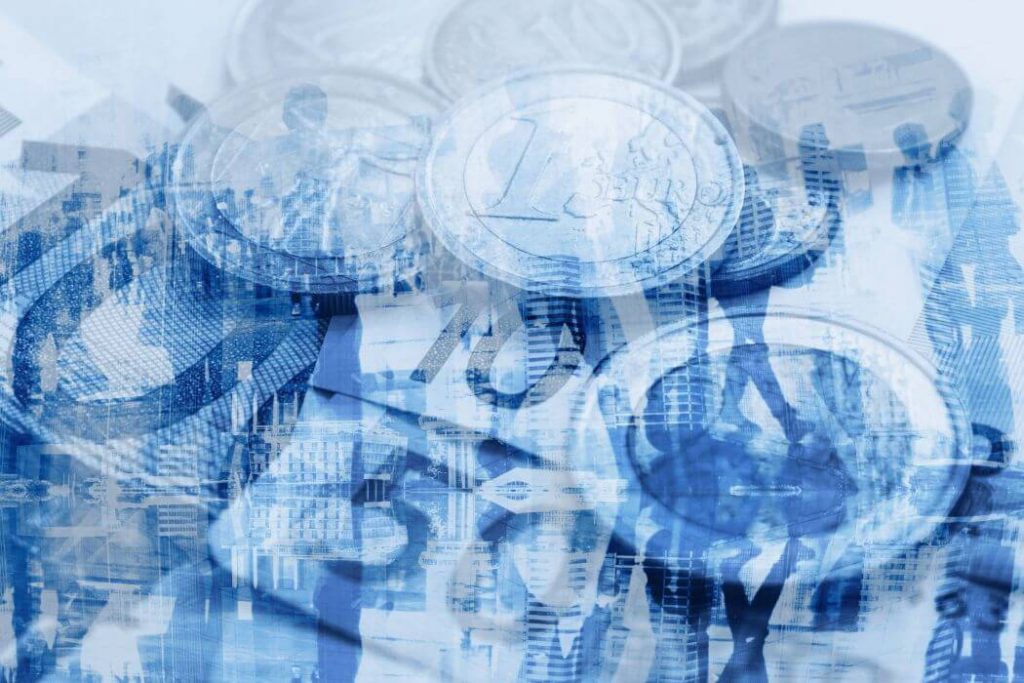 The Expenditure method is a major approach used when calculating the Gross Domestic Product of a country. Before we examine it in detail, let’s explore how a typical economy works.

What is the Circular Flow in a Four-Sector Economy?

In every economy, we have four main sectors: households, firms, the Government, and the foreign sector, which we collectively refer to as the “rest of the world”. The venues where these sectors interact are — the financial market, the market for factors of production, and the goods market. The exchange of goods and services across those three markets is what we call a circular flow — the basis of the expenditure approach.

Below you can see a visual representation of the circular flow.

The blue lines show the direction of expenditure on final goods and services. The flows of factors of production are in grey, and the financial flows like income, savings, and taxes are marked in red:

The financial markets are where borrowing and lending of funds between all participants happen. This is how the flow typically goes:

As a result of firms’ operations, income is generated and part of it flows back to households in the form of salaries and wages paid.

The third and most dynamic interaction point within the circular flow relates to the goods market. Let’s use a bottom-up analysis to explain it, starting with households.

First, this is where households typically spend a big part of their income. To calculate how much flows back to the financial market, consumer spending (C) and net taxes (T) paid to the government are subtracted from the household’s income. Any surplus is accumulated and deposited to financial markets in the form of savings (S). Here’s an easy way to remember it:

At the next participating level, we have the government sector. Once household taxes (T) have been received and government spending (G) has been made, any government can calculate its net income. In the case of any shortage of funds, governments will borrow from the financial markets. Below is a simple representation of the rationale behind this interaction:

Now, allow us to clarify the “rest of the world” section. In this instance, we are interested in the net exports figure, which reflects the difference between the value of goods and services sold to foreigners, also known as exports (X), and purchases from other countries, or imports (M):

The fourth participant in a given economy is the business sector. The process is very intuitive — the debt or equity capital firms raise from the financial markets, plus the capital and labor resources they receive from the factor market, allow them to produce and sell goods and services. After generating sufficient income, part of it is invested in the goods market in the form of capital goods, also known as property, plant, and equipment. Within this context, the term investments (I) encompasses any kind of purchases, leading to changes in inventories that generate productive capacity. Keep in mind that these expenditures are solely company-related.

In turn, the flow of revenue received by firms from the goods market is:

Note that the capital flow ultimately returns to its starting point, only to start cycling through the same phases again — companies make investments to produce the capital goods needed by households, sell them on the goods market and receive income they can reinvest, and so on.

As per the expenditure approach, the GDP is the sum of total consumption spending on final goods and services, investments in capital equipment and inventories, government spending, plus exports minus imports.

Basically, the flow of revenue received by firms from the goods market is the backbone of the expenditure model. This is how we obtain the total market value of all final goods and services produced within the economy in a given period of time:

Main Components of the model

According to the Expenditure approach, a GDP equals the sum of four principal expenditures:

Household consumption of final goods and services is one of the major components of the total output of a country.

Investment in capital goods and inventories is the second building block of the calculation. This is the most significant, yet most volatile component of the GDP measurement, as it is very sensitive to the ups and downs of the business cycles in the economy. For example, in India and China, investments account for more than 30% of the GDP. In the USA and the European Union, 20% of the GDP is comprised of investments.

The third component of the total output represents the amount of government spending (G) on final goods and services. This is when governments invest in the construction of roads, schools, or spending on services such as police, military, and postal services.

Foreign spending is the last piece to consider when measuring GDP with the expenditure approach. It includes exports minus imports in a given country, also known as the trade balance of a country.

The Expenditure Approach at a Glance

At the core of the Expenditure model lies the flow of funds on four principal stances: household consumption, firms‘ investments, government spending, and net exports. All of these indicators are easily collected on a national level. That’s what makes it so popular and easy to use.

Learning economics is about understanding the world and its economic principles. Even though the Expenditure method is indeed the more practical technique for estimating the GDP of a country, one should take time to examine the income approach calculation as well!